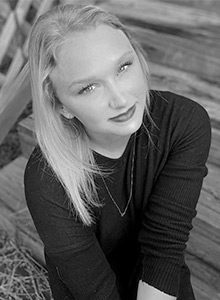 Taylor was trained extensively at Sheffield School of the Dance in Mobile. She traveled with their nationally recognized competition team. In 2015, Taylor was chosen as an Elite Dancer at West Coast Dance Explosion, which included the highest scholarship available and an invitation to perform in Las Vegas with Heather Headily, a Grammy and Tony award winner. Taylor was also chosen to participate in Fuzion, the traveling team for West Coast Dance Explosion.

As a part of Fuzion, Taylor toured and trained in Georgia, South Carolina, Texas, and California. While in Las Vegas, she was accepted into the prestigious American Musical and Dramatic Academy (AMDA) in California where she received incomparable training. Following her time in California, Taylor spent a year in the dance department at The University of Southern Mississippi, and then decided to finish her degree at the University of South Alabama so that she can choreograph for local dance studios.

BACK TO STAFF PAGE