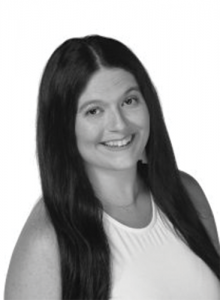 Heidi has been dancing since the age of two and performing in dance competitions since the age of six. She grew up dancing at various dance studios along the Gulf Coast and eventually found her home at Southern Edge Dance Center in Fairhope, AL.

She has studied ballet, tap, jazz, lyrical, hip-hop, musical theater, and modern dance. She has won numerous awards and scholarships at a variety of dance competitions and conventions. In 2001, she performed in the opening act of the Olympics in Sydney, Australia.

Heidi graduated from Bayside Academy in 2010, where she was a member of the dance team for three years. During her senior year, she was the captain of the dance team and had the opportunity to choreograph many of their routines. She attended Universal Dance Association (UDA) dance camps at both the University of Alabama and Auburn University, where she was selected from her team as an all-star student, and selected to audition as a UDA instructor. She choreographed talent routines for contestants in Distinguished Young Women in Mobile County. She also choreographed multiple solo and group routines that won overall awards at many dance competitions.

She attended the University of Alabama where she earned her bachelor’s degree in telecommunications and film, with a concentration in production management in May of 2014.

She has been a featured background extra in current hit television series. Heidi incorporated her passion for dance into a short film titled “Insanity,” which she produced with dancers from the Alabama Dance Department in 2013. She continues to show her passion for dance each day as she teaches all levels and ages of dancers in ballet, jazz, tap, contemporary, and lyrical.

BACK TO STAFF PAGE